Resources and Research VFIS is a centre for teaching, training, research and therapy in Logotherapy and Existential Analysis

What is LOGOTHERAPY and EXISTENTIAL ANALYSIS?

Logotherapy was first developed by neurologist and psychiatrist Dr. Victor Frankl who survived Auschwitz; and draw a lot of his theory from his own life experiences. It is considered the "Third Viennese School of Psychotherapy after Freud’s psychoanalysis and Adler’s individual psychology. Logotherapy is founded upon the belief that it is the striving to find a meaning in one's life that is the primary, most powerful motivating and driving force in humans. Frankl chose the term logotherapy based on the Greek word “logos: as “meaning”, because his perspective emphasizes the unique capacity of human beings to perceive meaning.

Existential Analysis was conceived by Viktor E. Frankl in the 1930s and can be defined as a phenomenological and person-oriented psychotherapy, with the aim to lead the person to dare (mentally and emotionally) free experiences, to induce authentic decisions and to bring about a truly responsible way of dealing with life and the world. Thus, Existential Analysis can be applied in cases of psychosocial, psychosomatic and psychological caused disorder in experience and behaviour.

Existential analysis is an approach in psychotherapy and combines a great respect for a person's individual life choices with therapeutic effective means. Its phenomenological approach allows taking all possible aspects of an individual’s experience into consideration.

The following list of tenets represents basic principles of logotherapy:

• Life has meaning under all circumstances, even the most miserable ones.
• Our main motivation for living is our will to find meaning in life.
• We have freedom to find meaning in what we do, and what we experience, or at least in the stand we take when faced with a situation of unchangeable suffering.

According to Frankl, "We can discover this meaning in life in three different ways:
(1) by creating a work or doing a deed;
(2) by experiencing something or encountering someone;
and
(3) by the attitude we take toward unavoidable suffering" and that "everything can be taken from a man but one thing:
the last of the human freedoms - to choose one's attitude in any given set of circumstances".

(1) Paradoxical Intention:
The essence of logotherapy’s paradoxical intention is that fear and wish are incompatible. Direct intention cancels out fear. We cannot fear that which we wish, and therefore, directly intend to happen. As you will notice, the objective of this approach is to break the pattern of anticipatory anxiety (Frankl, 1984b). Patients are helped to face their fear, possibly with a sense of humour, which is one of the resources of the human spirit. Self-distancing is accomplished by helping patients to relax, and teaching them self regulation, and relaxation techniques. The core of self-distancing is also a careful reconstruction of the fearful symptoms and the circumstances when they occur, and what patients have tried before to cope.

(2) De-reflection:
While paradoxical intention is based on logotherapy’s concept of self-distancing, dereflection relies on the concept of self-transcendence (Frankl, 1993). As we mentioned in the previous chapters, self-transcendence means that we are able not only to distance ourselves from our internal and external conditions, but also to reach beyond ourselves (Fabry, 1994). By being immersed in love and work, or be responding to a situation by choosing the right attitude, we are transcending ourselves. Dr. Frankl developed de-reflection to help his patients deal with dysfunctions and cumbersome behaviour patterns that are brought about, and intensified, by their own hyper-intention and hyper-reflection. In his view, hyper-intention is unhealthy for two reasons: First, because there are certain experiences, such as “love, hope, faith, and will,” which cannot be “demanded, commanded, or ordered,” and cannot be made the target of intention, lest they result in a manipulative approach to life; and second, because certain phenomena, such as happiness and success, cannot be directly pursued, or otherwise they lead to the an end in themselves (Frankl, 1984; p. 85).

(3) Modification of Attitudes:
Logotherapy’s modification of attitudes is a technique specifically applicable for the treatment of noogenic neuroses. As we mentioned in the previous chapters, noogenic neuroses can arise in situations where there seems to be a loss of values, or value conflicts, or conflicts of conscience. Such conflicts almost always arise in the case of situations that cannot be changed. The essence of the modification of attitudes techniques lies in the recognition that, even though some situations cannot be changed, and seem to be meaningless, there is meaning in every situation, which is potentially available to be salvaged by people in how they respond to tragedies.

(4) The Socratic Dialogue:
While the Socratic Dialogue represents a relatively new development among the logotherapeutic methodologies, its theoretical background reaches back to ancient times in history. It derives its name from the philosopher Socrates (469-399 B.C.), whose thoughts were known to the Greeks, and revised by Plato (427-347 B.C) and Aristotle (384-322 B.C). According to the historical account, Socrates’ mother was a midwife. Her profession inspired Socrates to develop a unique way of reflection, and teaching, which brings new ideas to “life.” He championed the “Maietuic Questioning” (the name derives from the school he represented), which was characterised by the use of critical questioning, and reflection, rather than direct teaching, to elicit thoughts and reflections, which would bring his students closer to knowledge, and to wisdom (Gould, 1988). 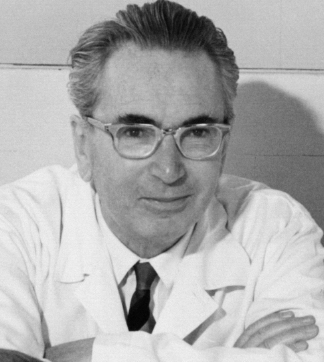 Everything can be taken from a man but one thing: the last of the human freedoms—to choose one’s attitude in any given set of circumstances, to choose one’s own way.”
Dr.Viktor Frankl.

Get In TouchWhat are you waiting for ?

Should you have any queries or require any further information please do not hesitate to contact us.